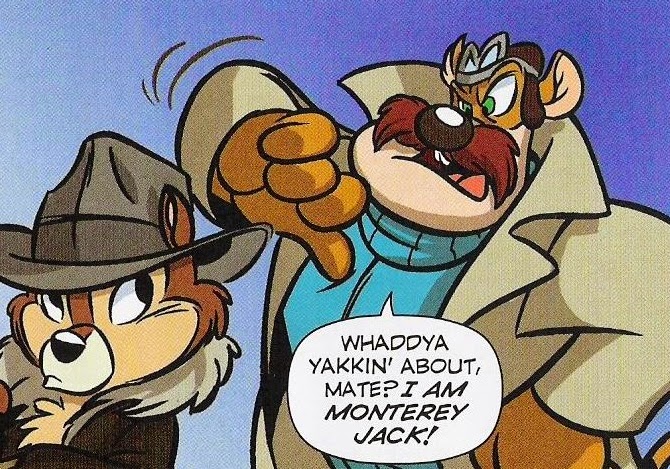 Like Penryn, another building that I pass everyday on the way to work is named Monterey. It's such a lovely sounding word, one that would probably work well as a persons name. And why not? Back in the 80's, I was a big fan of a cartoon called 'Chip 'n Dale Rescue Rangers'. The show featured the existing chipmunk characters of Chip and Dale, plus their new friends Gadget Hackwrench, a young female mouse and the team's pilot, mechanic and inventor, and little housefly and sidekick, Zipper. But my favourite was the burly adventuring Australian mouse named Monterey Jack – Monty to his friends, and Cheeser to his mum.

So I find it easy to see Monterey as a name. Cheeser or Cheese not so much. And apparently most people have similar feelings. Headlines were made late 2013 when BabyCenter released results of a survey of half a million American parents that revealed that three of those parents named their child Cheese in 2013. Three is not enough children to show up on the official SSA lists, so we can't really verify if that is true or not. We can only hope that those three responded incorrectly as a joke.

Although Cheese as a given name leaves a child open to ridicule, there are plenty of other ways to subtly honour your love of (or obsessive cravings for) cheese with your choice of name for your child. And it's been a while since I did a “just-for-the-fun-of-it” list, so here goes!

Thanks to Cheese.Com and Wikipedia for the great ideas ☺

What do you think – would you consider using any of these? Or is the idea just too “cheesy” for you?

Was it just me, or does anyone else think that Ashley Rosenbaum may have accidentally let her preferred baby name slip on this weeks episode of 'The Bachelorette'?


This weeks' 'The Men Tell All' episode opened Bachelorette success story Ashley and J.P, who are currently expecting their first child. And because the viewers are so involved in their "love story", we get to see them have the ultrasound that will reveal their baby's gender. Live on stage. (Um.....really? I love this show, but this feels a little too personal to me).

Before we get to that though, there is some cute chit chat about how the pregnancy is going, and what baby names they are considering. No names are mentioned, but J.P admits that while he has his favourite and Ashley has hers, she'll probably get the final say. Awwww.

They wheel in the ultrasound machine and the image flashes up on the big screen - the baby has host Chris Harrisons face! After a quick joke between Chris and J.P we get down to business. They're expecting a boy!

And in a blink and you'll miss it moment, Ashley says "it's a Harrison after all!" (or something along those lines).

It's likely it was nothing more than a lighthearted quip in reference to the earlier joke. Or maybe, just maybe - are they considering Harrison as a name?


It would be quite the sentimental choice for the couple, who have previously said that they think of Chris as more of a friend than host. They met on the show in when the then Ashley Herbert was herself 'The Bachelorette', and J.P was the man who received her final rose. To cement the significant role that Chris Harrison had played in their romance, he was then the officiant that performed their televised marriage in December 2012.

While successful marriages between "final" couples are rare, resulting babies are even rarer. Trista and Ryan Sutter have son Maxwell Alston and daughter Blakesley Grace, while Jason and Molly Mesnick have had daughter Riley Anne since marrying (Jason already had a son named Ty). So a little Harrison Rosenbaum would be the first to honour the role that the host of this long running show had in uniting the parents.

We'll find out for sure in early October if my theory is correct, or if this truly was an off-the-cuff quip. In the meantime, it sure is fun theorising! 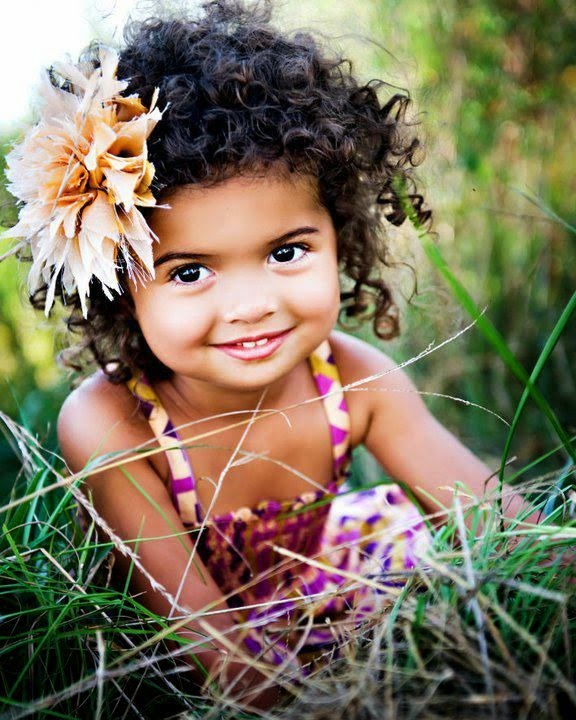 I came across this pretty name when I was looking at all of the X names that were given to girls in the U.S in 2013. Because - you know - that's the crazy type of thing I like to do when I have a little spare time. It may seem like a smoosh between classic favourites Xavier and Anna. Or maybe a creative way of "feminising" Xavier. But it's so attractive that I'm surprised it hasn't gotten more use or attention.

While names containing the magical letter X are hot right now, names that start with X - well......not so much. For example, for boys the trendy Jaxon ranks 37 places higher than the most popular X name, Xavier. Every year names starting with X are among the last popular. Nancy at Nancy's Baby Names has calculated that in 2013 X was the fourth least popular initial for girls and second least for boys, making it the third least popular overall. Among those, Xavier was the top ranked boys name at #83, and only 4 boys names made it into the top 1000. That figure seems small, yet towers over the girls. Only one girls name made it to the top 1000 in 2013 - Ximena, at position #162. So if it's a rare name you want, you almost automatically get that if you choose a name starting with X.

But back to Xavianna. She was ranked at #18,981 in 2013, given to just five girls. It feels like it might have a long history of use. With a pronunciation of ZAY-vee-ahn-ah (which I prefer) or maybe even EX-ay-vee-ahn-ah, to me it feels like it belongs alongside spunky, classical gems such as Cressida, Lavinia, Octavia and Zenobia. Yet she has only charted in four years, the first time being in 2000, and doesn't have quite the historical or literary pedigree that those names do.

Being such an underused name there is very little information to be found on the origin or meaning of Xavianna. If you think of it as a variation of Xavier it's meaning would then be 'bright'. If you think of it as a Xavier/Anna smoosh, you could say it means 'bright grace'. Or you could use a bit of poetic license and think it means 'gracefully bright' or 'brightly graceful'. All feel like they suit Xavianna well. It's a name that sounds delicate, but looks like it has substance and strength.

Nicknames could be Zay, Zaya, Vee, Ana or Zayvee if you like nickname options to fall back on. But with a name as unique and pretty as Xavianna, I'm not sure you'd need one. It definitely caught my attention and intrigues me, so I'm sure I can't be the only one.

I sometimes think that parents in the rural area I grew up in were some very adventurous namers. Fairlie is a prime example of that. I don't think I have ever met another - or even heard of another - Fairlie other than the one that went to one of the same primary schools as I did (that's elementary school for my American readers).
I've always been struck by what a pretty name it is. The Fairlie that bore this name was (I assume still is) cheeky, mischievious, fun loving and passionate. I'm sure that it's these qualities that have led me to always think of this name as a happy name, one that makes me think of springtime, sunshine and blue skies.

My first assumption was that the meaning of Fairlie would be pretty straight forward. Combining fair, meaning 'fair' or 'lovely' and lie (lee/leigh) which means 'meadow' or 'clearing', it should mean 'lovely meadow' or some variation upon that, right?

Well....turns out it may not be quite that straight forward.

Like so many other names, Fairlie started as a surname by way of place name. It seems Fairlie and Fairley are Scottish in origin, the names of two separate clans. Variants Fairleigh and Farley however are English. With so many variants, some of the meanings I've seen besides 'fair meadow' are:

Whichever it is, one thing is for certain - it's been around a long time as a surname.

All forms predate the 7th century, with many originating from the barony of Fairlie in Ayrshire, Scotland. There is still a little town called Fairlie there today, plus towns in New Zealand and South Africa and a National Park in the Australian state of Queensland. While there are plenty of notable people with the surname Fairlie, there only seems to be one who has the given name Fairlie. That would be Fairlie Harmar. She was also known as Viscountess Harberton, and was an English painter who lived from 1876-1945. Around the same time (1866-1948), the differently spelled Colonel Fairleigh S Dickinson was also making a name for himself as the co-founder of Becton Dickinson and a benefactor of Fairleigh Dickinson University.

Which raises another intriguing aspect to this name - is this a male or female name? Most sources would say male, but it feels feminine to me as I've only known a female Fairlie. However, it's such a rare name that it really could be used however you like, as very few people would have preconceived opinions on what gender a Fairlie "should" be.

Or maybe it comes down to the impression you get from the spelling. To me, Fairley leans male, Fairleigh feels like a little lady and Fairlie feels like a bundle of fun in either gender. Of these, Fairley is actually the only one to ever chart in the U.S. It was only for boys, and mainly clustered around the 1940's.

If you are happy to live with puns about it being a "fairly good" name, Fairlie is a great name to consider. It works especially well if you want to recognise your Scottish roots without using a name that is pigeonholed as typically Scottish. Or maybe you want to honour a Lee or Leigh and are looking for something out of the ordinary. Or maybe like me, Fairlie simply brings a smile to your face. And who doesn't like a name that makes you want to smile when you say it. 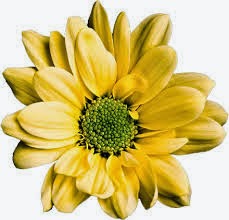