A few months ago we started getting a new free-to-air TV channel from SBS called Food Network. From what I can tell, much of it's content is from the American cable channel of the same name, with a good helping of our own local cooking programs. It immediately became regular viewing in my house, and means we have only recently been introduced to some faces that have been familiar to Americans for years.

One such person is host Alton Brown, as seen on 'Cutthroat Kitchen', 'Good Eats' and 'Iron Chef America'. While I am familiar with similar sounding Elton, Alton was a new discovery. He was even missed when I did this mega list of names that Ton could be a nickname for!

Alton comes from the Old English word Aldtun, meaning 'old town'. Both Elton and Alston are thought to be related, although they actually seem to have different meanings which suggests they are separate names rather than different versions or variations of Alton. Like many "town" names, Alton would have been used as a surname to denote where a family was from before it became commonly used as a first name.

I hadn't heard Alton until recently but was very familiar with the name Elton (thanks to Elton John, Jane Austen's 'Emma' and the movie 'Clueless'). Therefore I kind of assumed that Elton must be the more popular choice, and Alton must be relatively rare. I was kind of right in one regard - Alton is a fairly rare name. Currently. Alton was actually a top 500 name in America for almost a century, dropping out of the top 1000 in 1999. I was wrong on the other count though - Alton is more popular than Elton, and in 2014 was given to almost 100 more boys than Elton was, ranking as the 1155th most popular name in the U.S. Seems Alton just needs better publicity ☺

Which seems silly to say considering there are a large number of towns named Alton in the U.S, U.K and Canada; and a number of famous faces with this name. Unfortunately one of those famous people includes Alton Coleman, who was executed in 2002 for a killing spree he committed in 1984. Possibly he is the reason why this name fell so far out of favour during this period. That shouldn't stop people from using it though.

I think Brown is the main reason I like this name. He's quite witty and intelligent with a wickedly fun sense of humour, so it's now hard for me not to associate these qualities with this name. It also feels somewhat "English" prep with a little hint of American Southern style, a combination I'm quite fond of. It may seem a bit quirky, but he's got the history to back him up. Alton could make a great off-beat  yet not strange choice for a modern boy. 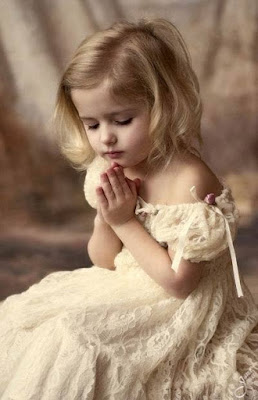 Celestina - she's strong yet feminine and lacy, a beautiful name inspired by the night sky.

I came across Celestina as a 'contestant' on a food network show today, and wondered why I haven't been hearing more about this name lately. I say this because she seems to be a great blend between similarly themed names Nevaeh (the notorious "heaven-spelled-backwards" name), Luna, Nova and Skylar; and more elaborate multi syllable names such as Clementine. Looking at Abby's post on the fastest rising girl names of 2014 in the U.S, both categories are hot property right now. Of the 25 names on her list one fifth of them have four syllables. So if both are gaining popularity right now why isn't a name that blends both getting more attention?

That's kind of hard to say. Perhaps it's just a little bit too frilly next to her counterparts Celeste and Celestine. The French flavoured Celeste has been in the U.S top 1000 since 1881, and is clearly the most popular of the three options. And although Celestine has never been close to the top 1000, she traditionally charts better than Celestina. Maybe Celestina reminds people too much of the popular Christina, which has been slowly dropping in popularity for the past three decades. Or perhaps Celestina just doesn't read as "French" (aka "chic") as Celeste does?

As you may have already surmised, Celestina comes from the Latin word for 'heavenly', which is the meaning of this name. Behind the Name gives three different pronunciations - apparently the Spanish say the-le-STEE-nah, the Italians say che-le-STEE-nah, while the Latin American Spanish pronunciation is se-le-STEE-nah. The latter is the one I would naturally use if I saw it written down without hearing it first, which I suspect would be the case for most people more familiar with the name Celeste.

All of these have a magical, melodic, romantic quality to them though. She feels like a great name for a fantasy princess or fairy. Or maybe a singer if you're a fan of 'Harry Potter' and recall that Celestina Warbeck is a favourite singer of Molly Weasleys. The name was also given to the heroine of an 18th century novel of the same name by English poet Charlotte Turner Smith, which is thought to have inspired Jane Austen to write 'Sense and Sensibility'. Very romantic indeed.

Celestina is a pretty one indeed. Maybe if frilly is not quite your style you'd prefer it as a lovely, surprising middle. Or maybe this one lies firmly in fantasy fairy tale territory for you. But it's a pity that more people are not loving Celestina.


I came across Zindzi when watching an episode of Play School. Play School is an institution here in Australia - it's a kids television program that has been on air five days a week since 1966! (I've mentioned it previously as one of their most famous toys is named Jemima). Each episode features a couple of presenters singing songs, doing dances, telling stories and making crafts that kids can join in with. When I was watching this as a child in the 80's it feels there were far fewer presenters, but the favourites became household names. Everyone knew who Benita was (and still do!).

Zindzi (rhymes with Lindsay) Okenyo is one of the current presenters. She is also an actor and musician, so like many of the shows' other presenters is multi talented.

There's not a lot of information available about the name Zindzi. It seems it is actually short for the name Zindziswa, an African (Zulu) name which is also sometimes shortened to Zindi. One famous bearer of this name is Zindziswa "Zindzi" Mandela-Hlongwane, daughter of Nelson and Winnie Mandela. I'm not sure how popular it is in Africa (Okenyo herself is part Kenyan), but it has never charted in the US and is rarely heard in the Western world, making it a somewhat exotic rarity for most of us.

Zindzi (well, technically Zindziswa) means 'the stable one, well settled' or alternatively 'stable and anchored in life'. This is a beautiful sentiment, and makes it a pleasantly surprising virtue name.

I must say that I really love the look and sound of Zindzi - it's just so much fun to say! The double Z makes it feel snappy and cool, and I could definitely see this name getting more popular as today's children grow and start naming their own children.