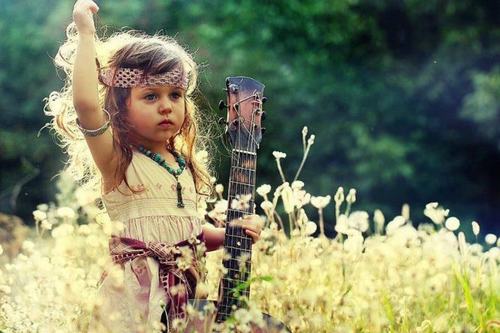 This gem is partly inspired by a kick-ass Australian guitarist, and partly by my husband. In that he saw a television interview with Richie Sambora about a new project with his girlfriend Orianthi, and thought I'd really like her name but either mis-heard it or wrote it down wrong as Oriantha. To be honest, I love it whether it's Orianthi, Oriantha or even Orianthe. But since he wrote down Oriantha, let's go with that.

Orianthi is actually the only version that has charted in the U.S to date, debuting in 2015 in position 14,408 after being given to just 7 girls. I'm guessing these were probably inspired by the guitarist. Australian born Orianthi has played with the likes of Michael Jackson and Alice Cooper, so already had quite the name for herself in the music world before starting their current project - named RSO - with Sambora in 2013.

Being the rarity that it is, it's actually quite hard to find reliable information on the origin of the name Oriantha. Orianthi (the guitarist) is of Greek descent, so that gives us a decent clue as to where to start. The Greek "Anthos" means flower, and is the basis of many "flowery" names such as Anthea (meaning 'like a flower'); Calantha (meaning 'lovely flower'); or Evanthe (meaning 'fair flower'). The Ori part is a little less clear. One source claims it comes from the Greek "Oraios" meaning 'beautiful', and hence Oriantha likely means 'beautiful flower'. Or there is the Latin name Oriana, which means 'dawn', or the Greek name Oria which means 'from the mountains'. So you could conjecture that Oriantha possibly means 'flower of dawn' or perhaps 'mountain flower'. Which makes me think that Oriantha is not a name for those who like a concrete, definitive meaning, but is perfect for those that like to take a bit of poetic license with their name meanings, or simply don't mind what the meaning of a name is at all as long as it sounds appealing.

For Oriantha certainly has an appealing ring to it. It has a nice melodic flow, but enough of an exotic edge to stop it from blending into the background. And the O sound is oh-so-hot right now, whether it be at the start of your name (think Olivia); in the middle (like Cora); or the end (as with Willow). Oriantha is a great option if you are after something rare, pretty and cool-but-not-too-trendy.