Recently I had a really strange dream. I know a lot of boring conversations start this way - but stick with me, because I promise it’s name related!

The world had just gone through a zombie apocalypse (proving that this dream is directly related to the type of movies I watch) and in the aftermath our group of survivors found ourselves in the position of trying to re-establish some sort of community and re-start civilisation (somehow the zombies had either been wiped out or we were in a guaranteed safe zone. Don’t ask how).

As the group of the nine or so of us were discussing how to start, someone pointed out that since the world as we knew it was gone, if we wanted to change our names, now would be the time. They pointed out that none of us knew each other before the disaster, and what we had gone through had changed all of us, so maybe we felt our new lives deserved new names.

One girl who had been named Erin wanted to be known as Aquarius, because that was her star sign. A guy named Chris wanted to be known by a kind of non-committal grunt sound. Which I protested because how would I get his attention when I needed to call out to him? But I was over-ruled, as the spirit of the activity was that you could be whatever you wanted, none of the old “rules” applied. Everyone in the group chose to change their name. Everyone but me. For some reason I was quite happy to keep my name Brooke as my post-apocalyptic moniker. Go figure.

But this dream led me to think about post-apocalyptic naming in general. Would survivors feel the need to change their names, like we did? Would the names passed on to further generations carry on current naming trends in a bid to hang onto the old order? Or would they reflect what the world had gone through, or what the new mode of living was, or our hopes for the future?

I’d imagine that these are things that any writer in the post-apocalyptic genre must consider when naming their characters. So in the spirit of fun, I thought I’d consider some of the possibilities.

It might not be a man made disaster that brings abut the collapse of the world as we know it. Many people believe the world changing event will indeed be natural - be it solar flares; a meteor strike; shifting tectonic plates causing earthquakes and volcanic eruptions; or climate change. Nature names are already popular, but if brought to our knees by the power of nature we could see nature names taken to a new level.

How about if we survived a disaster of massive proportions that left people thinking what a miracle it was that they survived. We could probably expect to see more miraculous and religious themed names. We already see some evidence of this today. And if everyone is doing it, suddenly some of the names used in 'The Hunger Games' such as Marvel might not seem so extravagant and self-indulgent. They might even seem humble, in deference to a higher power.

If we’re talking zombie apocalypse or a ‘Mad Max’ style future I think this would be a popular choice. Names that people would respect as a sign of your prowess in a world filled with violence and a struggle to survive. Names that would instantly communicate “don’t mess with me”.

“This Is Me” Names

Not everyone has to be a fighter, although choosing a name that instantly communicates something about ourselves or projects a certain image is a common theme in post-apocalyptic stories. 'The Walking Dead’ featured The Governor. The boy in charge of the cooking in ‘The Maze Runner’ is named Frypan. And it's not just a post-apocalyptic theme - think of Red in 'Orange Is The New Black'. The only problem here is that people are always so much more than any one thing that this feels like a mask of sorts.


“Origin” Names
Maybe survivors would want to shed their old identity, without losing sight of where they came from. Or maybe it’s nothing more than a quick way to convey information about your previous life. They went this route in the movie ‘Zombieland’, where the four main characters are known as Columbus, Tallahassee, Wichita and Little Rock. And there’s a character in the ‘Resident Evil’ movies named K-Mart, as that’s where she was found by her fellow survivors.

I could only see this working in a world were very, very few people survived, or it could get confusing quickly. But I love that this potentially makes us reconsider which place names make for “suitable” given names. People I might meet in my area if the apocalypse happened tomorrow could be:

**disclaimer: these name suggestions are in the spirit of fun - I am not recommending that they are all suitable for a person**

It's hard to believe, but this month marks three years of Baby Name Pondering!

Just over three years ago, my husband and I started trying to conceive our first child. Like many name enthusiasts, one of the main ways I kept myself occupied while we waited for our big fat positive as to spend hours looking at names; dreaming of the possibilities. It only took a few months before looking was no longer enough, and so Baby Name Pondering was born.

Our conception journey since then  hasn't gone exactly as planned. And you may have noticed that I've been largely MIA in the past couple of months. But that's because we finally got our happy result. After three years and three rounds of IVF, we are expecting a baby boy in December! 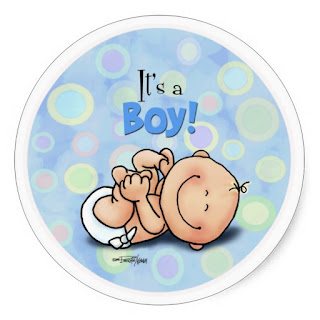 I'm guessing that your first question is likely to be have we chosen a name yet, and the answer is yes we have; but no, I'm not sharing it just yet!

What I love though is that the first and middle names we have chosen have actually been featured here on the blog. One I wrote about because we were already seriously considering it. But the other I wrote about because I was seeing it mentioned on forums and other sites and found it interesting. After writing that post and letting the idea simmer in the back of my mind for ages, I've decided it's a winner (and luckily husband didn't take too much convincing either!). Hopefully it's an experience that some of my readers have also had after visiting Baby Name Pondering!

So what does the future hold for BNP? Hopefully more of the same! The typical first trimester tiredness took over for a while, and as I do all my writing in the evenings naps after work and early bedtimes ended up taking precedence. But this doesn't mean that I haven't been brewing ideas in the meantime, and I'm aiming to get some of these into writing for you soon!

At this three year mark I'd like to say thank you so much for reading my blog; your positive comments; and for coming back again and again. It's made the last three years of blogging a very positive experience, and I hope to keep creating content that you love to read for at least a few more!