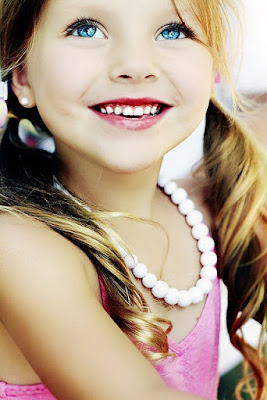 I've been a regular lurker on the Baby Centre Australia forums since I was pregnant. Of course one of my favourite groups on their site is baby names because it can be a great source of inspiration. When I recently saw this little name being considered I was intrigued. I had never seen it before, and it seemed the reaction to it online was mainly positive (Plus I seem to have an interest in finding great girl's names starting with "O" that aren't super popular Olivia. Don't get me wrong, I love Olivia - it's my own middle name. I just like people to know there are other options). Barely a week later I saw another person mention it, so I mentally filed it away as a likely blog post for later.

And then on Christmas Day my sister gave birth to her second child - a daughter - and lo and behold, they name her Ocea!

Ocea feels like a fantastic fit for their family. We already knew that my sister and her husband were adventurous namers when they named their first daughter Jett, a name usually seen on boys. They live in Queensland and are both surfers, so the water inspired Ocea is a lovely nod to their shared love of the beach. I kind of feel like the sibset of sisters named Jett and Ocea are quite reminiscent of Ryan Reynolds and Blake Livelys' daughters James and Ines. But that's getting a little off topic.

If you're a little confused about how to pronounce this rarity you are not alone. My first instinct was that it is Oh-SEE-ah, but it's actually Oh-Shah, like Ocean but without the N. Which makes sense when you consider that as a name it is thought to be derived from Oceana, a Greek name meaning Ocean or Oceanus, another Greek name meaning 'god of the sea'. In light of this it probably comes as no surprise that the name Ocea means 'Ocean'.

Ocea may seem a little incomplete to some people, but it definitely has its' charms. For one, if you want an uncommon name Ocea fits the bill perfectly. It doesn't appear to be popular in any part of the world. Ocea could be an alternative to those also interested in Asha, but concerned about the popularity of sound-alike boys name Asher. Or concerned about the popularity of Asha itself, or just the proliferation of Ash names in general.

For those worried that their rare name is merely a modern invention, Ocea continues to delight. Although rare she has been in use for a long time - she just managed to crack the US charts (was given to at least 5 girls) in 1895, and again in 1911, 1918 and 1921. So there is history there.

I also personally love the vibe you get from Ocea. It's pretty looking and has a laid back peaceful feel that you often get when you think of the ocean and the beach. The sound of it even brings to mind the rhythm of the waves lapping gently at the shore. She's a good choice for the water lover, surfer, or even just the nature name fan. And she doesn't seem too "girlish" - it's easy to imagine a stylish older woman wearing the name Ocea just as easily as a sweet little girl or precocious teenager.

And as I said, it feels like a great fit for my new little niece, who I'm sure will make it her own in no time. Welcome to the world little Ocea!