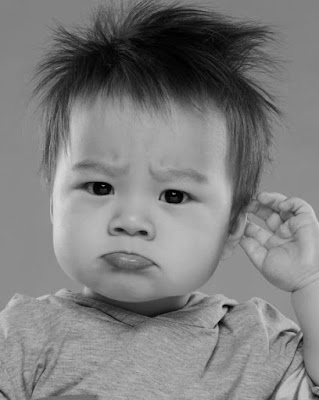 I have looked at many, many lists of Halloween and "spooky, scary" type name lists and I have to say I'm surprised I haven't come across this one on any lists! You see plenty of word names such as Shadow, Shade, Raven, Tempest, Thorn and more, but no Gore.

Gore is well qualified to make it onto any list of Halloween baby names. The dictionary lists a few different definitions for the word gore, two in particular which are gruesome enough to earn Gore a place on any list of scary names. One is "blood that has been shed, especially as the result of violence", as in horror movies featuring blood and gore. Another is "to pierce of stab with a horn or tusk", i.e. to be gored by a bull. Which if you've ever seen the Running of the Bulls in Pamplona you'll know is a sort of horror itself.

Grisly meanings aside, Gore came into use as a name in much the same way many names have come into use - firstly as a surname, taken from the place name or landmarks which identified where a family lived. Gore came to use in Britain during the Middle Ages, derived from the old English word 'gara' meaning "a small, usually triangular piece of land". These days people bearing the last name Gore can be found worldwide, with some well known bearers being American footballer Frank Gore, 'It's My Party' singer Leslie Gore; and former US vice-president and Nobel Peace Prize winner Al Gore.

Gore is very rare as a first name, although at least one famous bearer was inspired by their family tree. American writer and intellectual Gore Vidal was born Eugene Louis Vidal but became Eugene Louis Gore Vidal when baptised as it was his mothers maiden name. At the age of fourteen he reportedly dropped Eugene Louis because he "wanted a sharp, distinctive name, appropriate for an aspiring author, or a national political leader". His father already went by Gene, and so he decided to become Gore. It certainly is sharp and distinctive.

The other famous Gore - director Gore Verbinski - wasn't originally named Gore either. The director of 'The Ring' and the first three 'Pirates of the Caribbean' movies is actually a Gregor, choosing to go by Gore.

Despite having worthy namesakes to serve as inspiration, I think Gore really is most usable as a nickname. It is a bold and sharp name, and most people would immediately associate it with blood and horror; so you'd need to be a strong, charismatic character to do it justice. Choosing a name with Gore as a nickname means you could choose to use it if or when you felt comfortable to do so. Or if your child is a Halloween baby it could be a nickname that is only used at that time of the year, in much the same way 'The Simpsons' changes the names in their credits for their Halloween specials.

On that note, I'll end with a list of boys names that lend themselves to the use of Gore as a nickname:

I did have a different post in mind but then I realised that - lo and behold – it’s October already! And the tradition here at Baby Name Pondering is that only names with a Halloween-ish connection be featured during the month of December, and so I bring you Jessabelle.

'Jessabelle' is a horror/thriller movie released in 2014 about a woman (named Jessabelle, of course) who, after losing her husband and unborn child in a car accident that has also left her temporarily wheelchair bound, returns to her childhood home to be cared for by her estranged father. She feels ill at ease in the old Louisiana home though, and soon realises that she is being targeted by an evil spirit. I won’t say much more than that in case anyone hasn’t seen it and would like to, but it’s worth checking out if you are a fan of supernatural horror movies.

About the name though. Jessabelle suffers from the same problem that I feel Annaleigh (and Auraleigh for that matter) does. It’s quite a pretty name, which could easily be mistaken for a modern mash-up of two fairly popular names to create a lovely feminine-but-not-too-frilly result. But given more than five minutes consideration, a major drawback appears. For Annaleigh and Auraleigh it’s the resemblance to other words with sexual connotations when spoken aloud and fast. For Jessabelle it’s because she sounds so much like the name Jezebel when said aloud – a name that has negative sexual connotations of its’ own.

In fact, many websites say that Jessabelle is a variant of Jezebel. I’m not so sure how true that actually is though. It's very possible it's simply a modern invention which has resulted from people smooshing Jessica and Isabelle together without noticing it’s similarity to Jezebel at all. The data supports this too. Jessabelle first shows on the US charts in 2011 (given to just 5 girls that year), which comes at a time when people would have been looking for less common alternatives to the wildly popular Isabella, which was #1 in 2009 and 2010, and Isabelle, which peaked at #79 in the US in 2007. So this definitely seems like the more likely explanation.

If we were to say it is a variant of Jezebel though, then let’s consider why popular opinion is against naming your daughter anything resembling Jezebel. Jezebel is a Hebrew name, said to mean ‘not exalted’ in most sources; or ‘wicked, impure’ by others. It is the Biblical Jezebel that gives this name her bad reputation. She was a Queen of Israel who turned her husband King Ahab away from the worship of God and towards other deities. For this (and other many other things she did in the pursuit of this) she was thrown out of a window to her death. Although she was at first simply associated with false prophets, she later became synonymous with the image of ‘fallen women’. It is said that when she knew men were coming to put her to death, she dressed in her finest clothes, adorned herself in jewels and painted herself in makeup to symbolise her royal, queenly status. However this image of Jezebel in her finery is now associated with ‘painted women’ - women who seduce men into immoral acts. Even the dictionary now gives the meaning for Jezebel as “a woman who is regarded as evil and scheming” or “a wicked, shameless woman”.

However the tide may be staring to turn somewhat for Jezebel. Some see her instead as a symbol of female strength and power, particularly helped by feminist pop-culture blog Jezebel.com. Unfortunately going into the ways in which patriarchal structures are perpetuated by portraying strong, feminine women as evil and leading to the downfall of “good” men merely by virtue of their sexuality is not a discussion I can really do justice to within a blog about baby names. Let’s just say that personally, I can see merit to reclaiming the name and rewriting its' common association with more positive ones.

Which leads me to an interesting little fact – despite seeing people online providing well meaning advice to people considering the name Jessabelle to avoid it because of it’s similarity to Jezebel, the name Jezebel is actually used more than Jessabelle. Jezebel first charted in the US in 1980. It is definitely not popular by any means, but in 2015 was given to 24 girls, as opposed to Jessabelle, which was given to 19 girls, or even Jessabel, given to just 5 girls (and entering the charts for the first time in 2015). Personally I think Jessabelle is much prettier, and that small step away spelling-wise makes it an attractive alternative.

Jessabelle reads like a sweet southern belle, and just slightly princess-y, which often delights young girls. If anything the Jezebel association helps give it a little edge, something of a Southern Gothic feel (which is also a good way to describe the movie). The movie character goes by the nickname Jessie, but the more streamlined Jess or Belle/Bella are also options. My personal pick would be Jessa though. Jessa feels so girly and sunny to me, which I think is also a big part of the reason why I find Jessabelle so appealing.


If you're brave and willing to ignore (or embrace) the similarity in sound to Jezebel, Jessabelle could be a winner. Combining the much loved elements that have made the names Jessica and Isabelle extremely popular, a young Jessabelle would fit in with her peers yet stand out as just that little bit different.