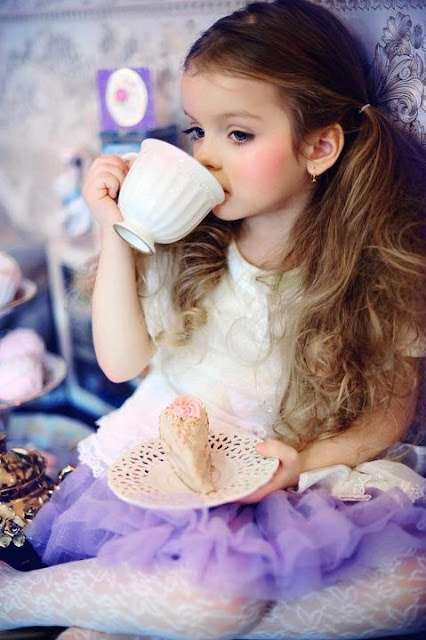 Wisteria is a beautiful but rarely used floral name that could be due for resurrection. 2011 was the first time in over 30 years that the name was given to five or more girls in the U.S., when seven girls received this as a name. Yet she feels like she could fit right in with today's trend for vintage feeling, frilly up and coming flower monikers. She could easily be a fashionable sister to a Primrose, Marigold, or Magnolia.

The wisteria (pronounced wi-STEER-ee-uh) is a climbing vine with gorgeous pale purple blue flowers. The name shares some sounds with the words whimsical, whisper and wishful, which helps to evoke a delicate, soft, light and almost magical feel when you hear it. This makes it a lovely name for a girl, especially one who believes in fairies and fairy tales.

Wisteria also comes with some very cute nickname options. My personal favourite is Wish, but I've also seen Ria, Terry, Whis and Wisty suggested. Wisty in particular was chosen by author James Patterson as a nickname for his character Wisteria Allgood in the novel 'Witch and Wizard', so carries a literary reference for mystery lovers.

There are just two things you might want to keep in mind (and avoid - please) if you are considering using Wisteria:


If you can get around these two minor potential pitfalls, Wisteria is a great special yet not 'weird' name that many girls would love to have and make her own.