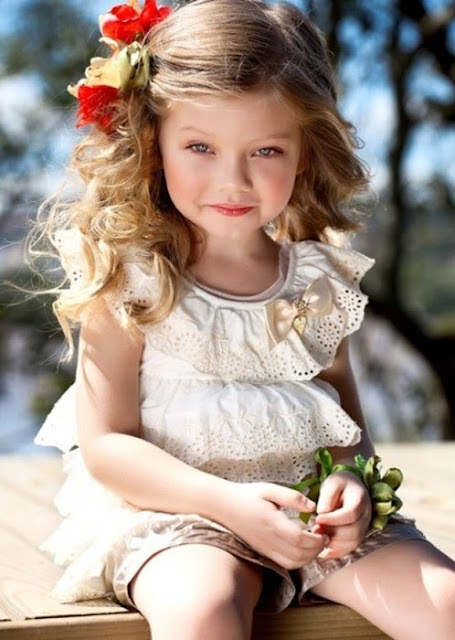 This is one of those sneaky names that has recently popped up in a couple of places. First, I saw it as a minor, blink-and-you'll-miss-them character in the book I'm currently reading, and then I saw it mentioned on a forum. I generally take it as sign that a name is worth a second look when I see such a rare name this way.

The green thumbs out there will be able to tell you right away that Alyssum (pronounced a-LISS-um) is a floral, nature name. Although this name covers over 100 variants of this plant, when I think of alyssum I always remember the "carpet of snow" variety that we had in the front garden when I was a child. I used to love putting it in tiny little posies and selling them for 5c each. Very enterprising for a 6 year old ☺.

This early association makes me think of Alyssum as a delicate, pretty, and cheerful name, yet also vintage feeling. I could imagine an Alyssum just as at home in a county kitchen as a Viennese ball.

There are a couple of different theories as to where the name originated. As a plant name, Alyssum comes from the Greek alyssos, meaning 'curing madness', as it was once used as a remedy for dogs with rabies. As a name for a person, it has also been denoted to mean 'noble', coming from the same roots as Alice, Alicia and Alyssa. Or if you prefer to take it's meaning from the symbolism behind this flower, the flower is said to mean 'beauty'.

The Sweet Alyssum variant is also said to have some magical properties - planted around the house it will deflect spells, or worn on your lapel it will prevent angry encounters. It's scent promotes peaceful energy and spiritual and emotional balance. Which I guess goes with it's charming and cheerful image.

The main objection I've heard to this name is that it reminds people of the word asylum, as in lunatic asylum. Which is a little sad, as the word asylum means shelter and protection from danger so should have a positive connotation, rather than the negative vibe we feel because it is so often paired with lunatic. But if people are OK with Luna, then there is no reason Alyssum should suffer from any problems with this occasional association. Plus, the enduring popularity of Alice, Alicia and Alyssa shows us that other similar sounding names are actually quite well liked, which would be to its advantage.

Alyssum has only seen rare use in the U.S. - since 1880 it has only charted twice, each time given to just 5 girls and the most recent appearance being in 2007. This makes it a perfect alternative if you love floral names but want something a world away from Lily and Rose yet not so exuberant as options like Amaryllis or Magnolia. Alyssum is definitely one pretty name that I could imagine people complimenting often.